I love this dress! It is so comfy and it is perfect for bright crazy patterns which I adore. I used this soft rayon knit from fabric.com. I almost thought it looked a little bohemian, my husband said he thought it looked like it had monkeys on it? Um ok… it is cute regardless!

This pattern is all over pattern review, and since I have had it on my list for a while I am really thankful I had so many reviews to refer to. I heeded everyone’s advice by adding about 4 inches of length to the bottom and an inch to the width so the skirt wouldn’t be so tight like in the photo of the model. I also added about an inch to the bodice, but I could have probably left it as it was since I have a short torso. The bodice ended up being a little billowy, but I didn’t mind the effect. I had to shorten the elastic in the ties also so that the neckline would stay put. I just tied the ends off instead of buying the metal end covers too.

It was a really easy dress to make, other than just making the alterations to the skirt I had no problems making this, it was a fun piece and I know it will get a lot of wear. I think this dress looks really cute with flats which makes it perfect for summer! Here I am at the St. Raphael picnic with my sister-in-law Olivia. We won a bunch of plants (we went for all the cactuses since it is hard to kill them!) and we are rocking out our matching chicken hats that we won at the Mardi Gras booth! 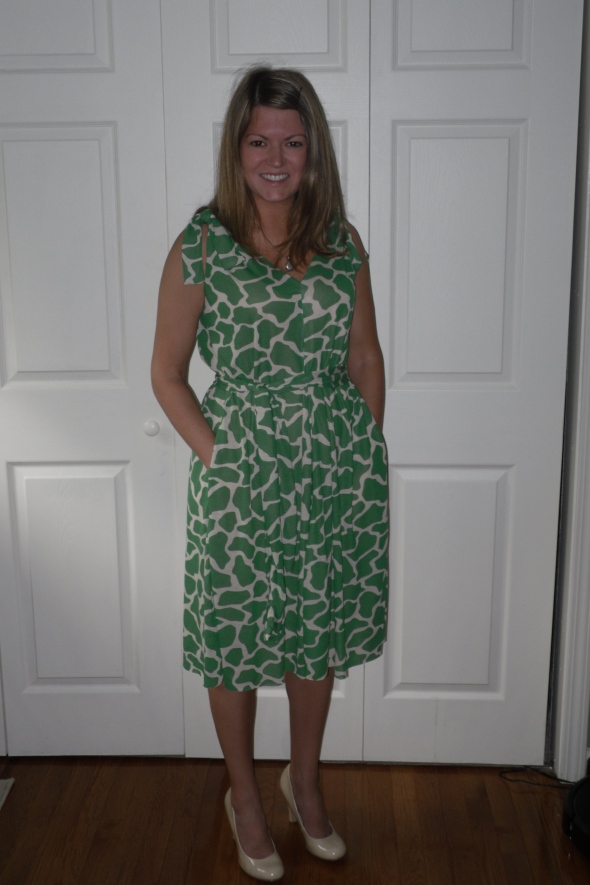