My very dear friend Johanna just turned the big 3-0 and I had to miss her big birthday party which was a big bummer, it sounded like quote the hoo-rah. To make up for missing out on the fun I wanted to make her a fun dress, and I remember her mentioning a while back that she wanted to make a bug dress, as in a dress with insect print all over it. I thought that actually sounded really cool! I found the perfect cotton bug print, its black on a cream background, from far away you can’t tell they are bugs so in my mind that tones it down a bit and makes it less hokey. After making my plaid Lisette dress I decided that would be a great dress for the print, its simple and fairly straight forward and its an easy dress to wear.

The bug were printed on an angle so I had to be precise about the way I cut the pieces so that they would line up straight. It wasn’t too big of a task but I can see that this would be taxing on a complicated garment. Luckily this one only had about 5 pieces. 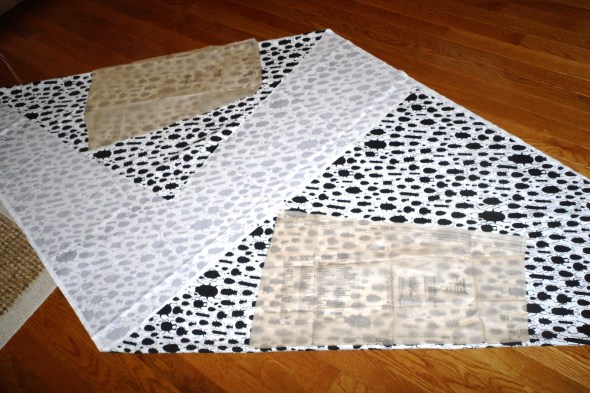 I followed the same steps as I did with my plaid version, I made a zipper down the back as opposed to the side zipper, and I eliminated the facings and just used bias tape. She and I are more or less the same size so I based the measurements and fittings to myself, and in the end it fit her like a glove!