This month has started the new season of Halloween costumes, every year my friends and I pick a theme (last year was Jim Henson characters) and we all choose characters and I usually get commissioned to make a lot of them. Needless to say I have already been busy getting my costume madness on so I haven’t had much garment sewing time. I really wanted to start making some Fall items to add to my wardobe and I have had my eye on this Vogue skirt 8750, wich looked like a quick sew. It immediately struck me as a perfect corduroy skirt, not a suggested fabric, but I figured if moleskin and denim are recommended then corduroy would also work. The pencil skirt version is cute and I love the look of pencil skirts, but I find this shape to be a bit constrictive so I opted for the more flared A-line cut.

I have never worked with corduroy, and I have heard that it is not an easy fabric to work with since it has such a heavy grain to follow. Well maybe because this was such an easy pattern, or because this is such a fine wale, but I had not problems. In fact I found corduroy to be one of the easer fabrics I have worked with since it stays put. This corduroy was a raspberry color and had a little stretch to it which makes it really comfy. 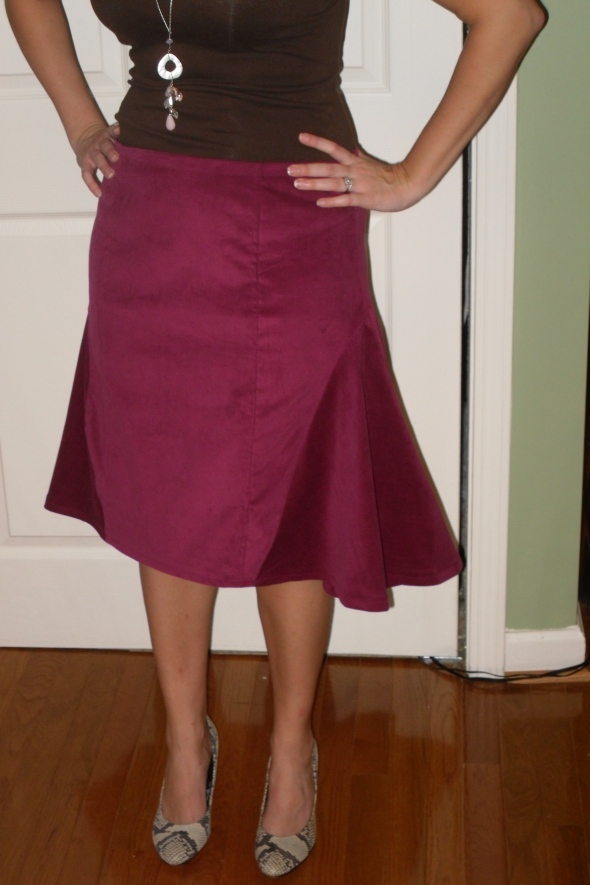 The pattern came together very quickly and easily, although I way over estimated my size and length. I chose the middle length E, and after constructing the whole skirt I had to take in the sizes an inch each and I cut about 3 inches off the bottom and put a fairly wide hem in. Before doing this it was almost at my ankles! It fits great after the alterations although the seams and curves don’t match up perfectly anymore which annoys me a bit, but won’t stop me from wearing this. The zipper was kind of a pain too because I couldn’t get the back yoke to match up either, but I guess it isn’t too bad. My favorite part is the ribbon binding on the inside (even though only I will see it) I found these cheetah grosgrain ribbon and it rocks! 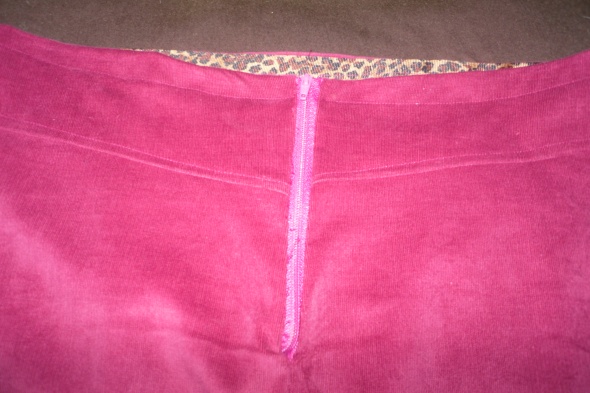 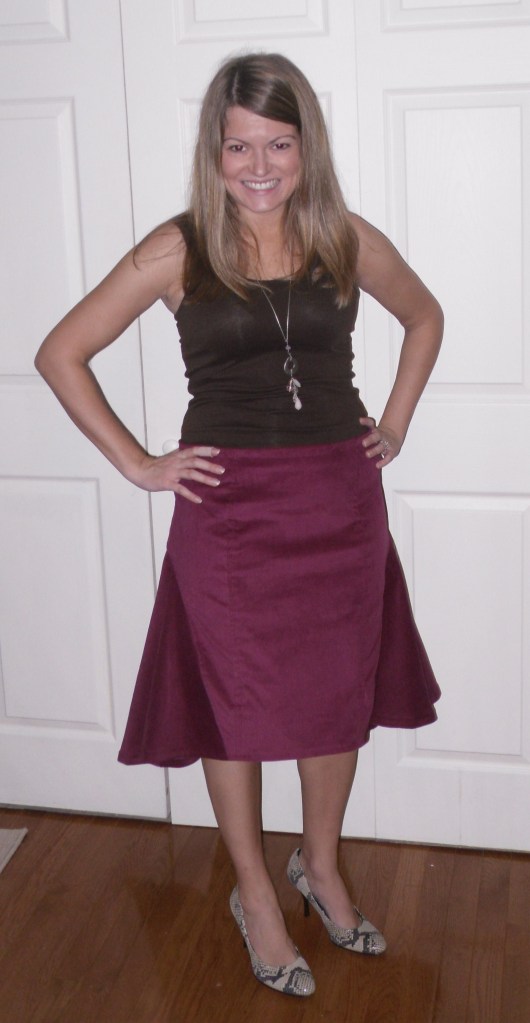 I would recommend this skirt with two thumbs up- I think I might actually try the pencil skirt version too. I really like the brown one they pictured on the envelope. I think this will see a lot of wear this upcoming Fall and Winter for sure.

On a side note, I went to my friend Jackie’s Mad Men party and I got to sport my seersucker dress, very 50’s! Check out my Peggy inspired hairdo, photo courtesy of my buddy Todd:

Lisette 2060- getting ready for Fall!

As soon as I saw the new line of Lisette Simplicity patterns I immediately became obsessed with 2060. This is a very retro 60’s inspired dress (in my opinion) with a contrasting neckline and a matching belt. The lisette fabrics that were released at Joann’s were actually really pretty too, however even on sale I thought they were overpriced so I decided to make my own version.

I had this fun retro scalloped cotton print which was perfect for this dress, so I began a search for a purple/raspberry solid that would go with it well. I found this fuschia material which I am still not entirely sure what ts called, it is a polyester on the outside and the interior is a shiny satin. Its a bit heavier than the cotton, but since this is a Fall dress it is well suited. Although I will say that since its thicker it doesn’t gather as well with the belt, but it won’t stop me from rocking it out.

Here is the interior: 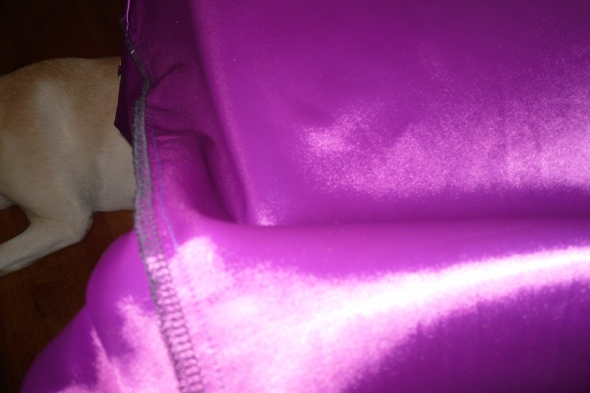 The dress itself was not bad, the challenge was mostly working with two fabrics that differed in texture, but they were both very stable soI didn’t struggle too much. The center neckline on the dress piece was supposed to be gathered, however this fabric wasn’t having it with the gathering and it would have looked too bunched and scrunched had I forced it so I just made one pleat instead.

Sorry I took these pictures at night and the contrast is a little wacky. This dress also gave me the opportunity to try out the button holes on my new machine and they turned out absolutely perfect! I was so astonished by how automatic and beautiful they turned out with virtually no effort- I am used to making my own manual button holes with my mechanical machine. Truth be told though, I did screw one up with my seam ripper, but I was able to hand repair it- it doesn’t look as fabulous as it did pre-hole torn but the button covers it so oh well.

The rest of this dress was easy- it was a box dress and just pieced together like a simple puzzle. My favorite part of this dress was making the obi-belt. It was so simple and had decorative top stitching added around in rows. Mine is definitely not pristine by any means, but nobody will notice! I think I may use the belt pattern by itself to make some fun belts for other outfits. 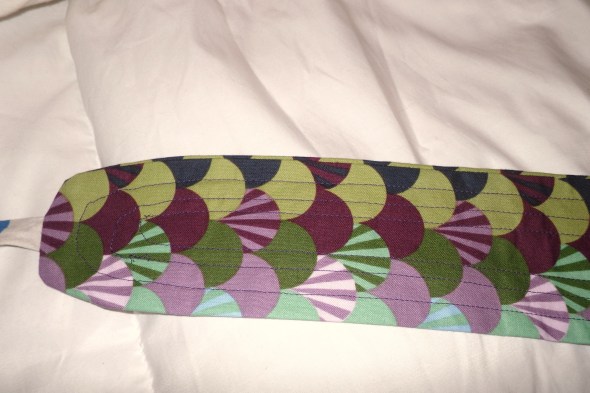 I love this dress, it was definitely a fun one to make and it really has me excited for Fall clothes! I am not completely done with summer yet, but after making this dress I am starting to look for more retro/vintage inspired pieces. My husband and I have been on a Mad Men marathon kick lately too so I am really falling in love with the 50’s poofy style dresses too.